This Article is written by Dag Bakka Jr. and was published in Wilson's Annual Report 2005. Dag Bakka Jr is a shipping writer, working at the crossroads of maritime history and current shipping, between economy and culture. He is sharing his time between Scandinavian Shipping Gazette and his own book projects.

For more than 60 years Wilson has been a provider of effective and flexible transport services for the mining and manufacturing industries. Today, Wilson stands out as one of Europe’s largest carriers of raw materials and semi-manufactured goods, of which 2/3 of its business is related to Norwegian customers and the rest to other European companies.

As the operating arm of Wilson ASA, Wilson Euro Carriers was established in January 1993 by the merger of the shortsea shipping business carried out by Jebsens and Paal Wilson & Co. An economic recession in 1991/92 with reduced shipping quantities and income led the parties to discussing an operational merger during the autumn of 1992. Euro Carriers AS was consequently set up for the chartering of 47 Wilson vessels of 500-4000 tdw and 38 from Jebsens in the 3000-7000 tdw range. Euro Carriers became quite a giant in a domestic as well as a European perspective with a total carried volume of 11 million tonnes by 1995. 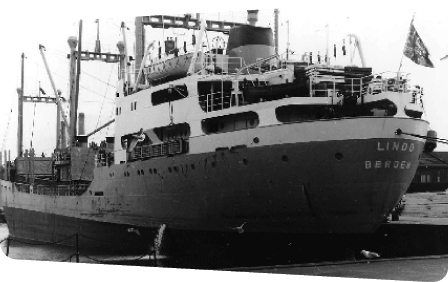 Rich traditions
It was two companies with standing and tradition in the North Sea market and with similar strategies that now found common ground. Jebsens had been in this market since its inception i 1929, whereas Paal Wilson & Co has been formed in 1942. Both had targeted the mining and raw-materials industry in particular and had become leaders in their respective tonnage segments by introducing contracts-of-affreightment (CoA) and long-term relations with their customers.

The establishment of Paal Wilson & Co in 1942 was a direct consequence of industry customer relations. Paal Wilson (1911-1985) had been with the shipping and mining group Jacob Kjøde AS in Bergen, where he looked after the shipment of limestone and minerals from the company’s quarries. He started his own chartering company with support from manufacturing companies like Hafslund and Bjølvefossen. The following year he took over management of two small motor barges serving these companies.

By hard work and ambition, Paal Wilson managed to establish an extensive chartering business directly with his customer companies and by taking cargo contracts and T/C-vessels in the North Sea and Transatlantic trades. Through good connections in Canada he managed to build regular shipment of timber from British Columbia to Europe.

In the summer of 1957 Wilson introduced two chartered Dutch coasters in regular trips between Norway and the Ruhr district in Germany. The services were marketed as the Norwegian Rhine Line (NRL) and enabled direct transports from wharf to wharf, rather than transshipment through Rotterdam. From being one of several brokers who served the Norwegian mining and manufacturing companies, Paal Wilson became the market leader with an extensive contract portpolio with customers like Tinfos, Hafslund, Øye Smelteverk, Elkem, Årdal & Sunndal Verk, etc.

From 1958 onwards, Paal Wilson & Co was built up as a shipping company, in which Rieber & Sønn, Bergen, had a share of 40 per cent. Up to 1982 the company built no less than 46 Rhine-fitted vessels, in addition to a number of larger ships for the Transatlantic timber trade.  By 1980 the fleet numbered 24 owned vessels, in addition to T/C-tonnage. This meant that a Wilson vessel was passing through Rotterdam every day of the year, either in- or outbound.

Jebsens’ history goes back to 1929 when AS Kristian Jebsens Rederi was formed by Kristian Jebsen (1901-1967). From a traditional beginning with two 2400 tdw steamers in the North Sea trade the company managed to clear the depression of the early 1930s and expand towards the end of the decade. The Second World War took its toll, during which all four ships were lost; the last by mine in 1947. The company was restored with short sea vessels and tankers.

After the war Jebsen became more closely involved with Norwegian charterers and developed close relations, i. a. with National Lead’s subsidiaries like Kronos-Titan and Titania, subsequently Norsk Jernverk and others.  A stronger focus on German industry groups provided the core business for a new series of minibulk vessels from 1965, by which the company built an extensive portfolio of CoAs in Northern Europe. The combination of contracts rendered an efficient utilization of the vessels, which again led to satisfactory profit for the company and increased competitiveness for Norwegian manufacturers.

Jebsens became a driver in the efforts to develop efficient bulk carriers for the short sea trade, based on competitive manning structures. By 1980 the fleet comprised 27 vessels in the 3500-7500 tdw segment, in addition to larger bulk carriers and drilling rigs. During the shipping crisis of 1982-87 the group would come under financial strain, but kept its position in the European market. 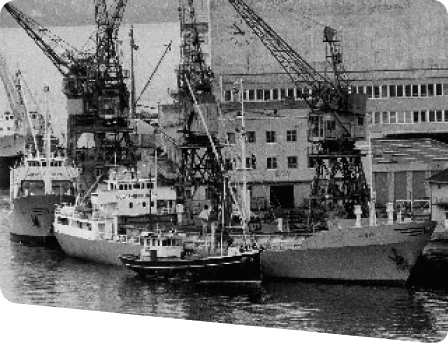 Co-operation and new owners
A more difficult phase for the European manufacturing industries from the late 1970s led to squeezed margins and reduced export quantities. Wilson and Jebsens both experienced dramatic shifts for their customers with de-industrialization in Western Europe and new channels for raw materials with the liberalization in Eastern Europe.

In 1985 Paal Wilson passed away, and the following year Rieber & Sønn wished to withdraw from the company at a time when the short sea bulk shipping was suffering from overcapacity. In this position, the Wilson family felt inclined to open for new owners. At the end of 1988 IPG Shipping, owned by Ole Henrik Nesheim and Tor Johan Stuve, acquired 67 per cent in Paal Wilson & Co AS. Reflagging and external management contributed to lower operation costs, whereas the fleet was increased during the the market revival of 1987-90.

However, another recession in 1991/92 caused a set-back and dwindling ship values for Wilson as well as Jebsen, despite the extensive scale of operation.

On the initiative of Wilson, talks with Jebsen began in the autumn of 1992, and when Jebsen Wilson Euro Carriers AS commenced operations on January 11th, 1993, it was as one of Europe’s largest shortsea groups with 85 ships in the 500-7000 tdw range.

While the operations continued at Euro Carriers, ownership changes were afoot. During the spring of 1995 Kristian Eidesvik became a partner in Paal Wilson & Co when Tor Johan Stuve left the company. The next few years saw a struggle between the owners, during which Paal Wilson & Co sold its share to Jebsen in 1996, and instead gained control of the shipping investment company Actinor Shipping ASA, Oslo.

During the autumn of 1997 Actinor Shipping acquired 70 per cent of the stock of Jebsens SA, and through Actinor, Paal Wilson & Co achieved control of Euro Carriers as of December 5th, 1997.

After taking over the chartering/operation company and the contract portfolio, the meticulous work of streamlining and focusing the activities towards profitability began under the title Wilson Euro Carriers (WEC). During this phase Actinor began to repurchase vessels that had been sold with T/C back. In 2000/2001 all shares in Paal Wilson & Co were taken over by In Ship AS, controlled by Kristian Eidesvik, at the same time as the owners continued to add vessels to the operation. By 2004 WEC operated around 90 vessels which toghether carried 14.5 million tonnes. 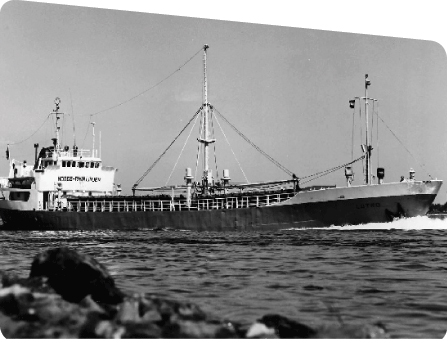 Back to basic
The business now comprises Wilson EuroCarriers as chartering and operational arm, supported by Wilson Management for administration and Wilson Ship Management for maritime/technical operation of about 50 ships. Wilson Shipowning is the shipowning unit, and in addition Bergen Shipping Chartering has been taken over with chartering and operation of self-discharging bulk vessels. The group also comprises a share in Euro Container Line.

During the spring of 2005 the owners of In Ships represented by Kristian Eidesvik carried through an initial public offer and listing under the name Wilson ASA. The company was formally listed on the Oslo Stock Exchange as of March 17th, 2005.

Wilson’s business concept, virtually unchanged since the 1950s, has been phrased as providing competitive, reliable, flexible and long-term shipping services to Europe’s manufacturing industries.
Under its strategy of being a close partner with industry groups in Europe, Wilson is sailing on as "the preferred Carrier".